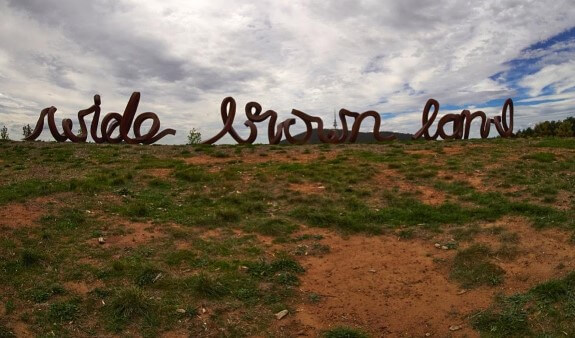 Throughout many days of the year the city of Canberra is populated by a variety of political hangers-on and blow-ins; Australia’s Federal politicians and those visiting to meet with them.  These people don’t live in Canberra or have the slightest interest in being there for reasons other than what often appears to be their own self aggrandisement. Most do not have friends there and stay (at our expense) no longer than they need to. I believe the view of our National Capital held by too many people is badly tainted by this perspective. Far too much media attention is focussed on this aspect of the City, to the detriment of coverage of Canberra’s lifestyle and attractions. I would like to look a little deeper.

In New York one Sunday afternoon in 1988, I needed a bottle of wine and went into a bar/bottleshop to make my purchase. I was informed that I could not purchase wine on a Sunday. I was really surprised, when even in Victoria it was possible to partake in an alcoholic beverage on a Sunday if one had purchased “a meal” (usually BBQ chicken and potato crisps). So, here I was in the centre of the free world and couldn’t buy wine. [As a side note, after a discussion with the gent behind the bar, I established I could buy an expensive paper bag and, to my surprise after purchasing same, found a bottle of wine in that paper bag. But I digress.]

Living in Canberra in 1988 there were 24 hour venues and all manner of what I considered progressive social policies regarding entertainment. I was gobsmacked to find we had outshone “The Big Apple”.

On a Sunday morning , I could go to my very local supermarket, buy breakfast provisions, and a bottle of bubbly and drive 15 minutes to a bush location to enjoy a BBQ breakfast. In the middle of the winter, it might have been freezing (yep folks, below 0°C but not by much), but it was clear and still. A very cold overnight temperature in Canberra is indicative of no wind, no rain and crystal clear skies, so the days dawn very bright; now that’s good for the soul, so much better than 12°C and drizzly cloud.  In 30°C+ Summer temperatures, Canberra is pleasantly blessed with a low humidity, dry heat.

These days, most retailing and entertainment in Australia has caught up with Canberra. Meanwhile the residents of Canberra have remained very progressive in their attitude.

Since moving out of Canberra, I have most likely visited more of the City’s icons, events and institutions than I did when I lived there, and I enjoy my visits immensely. We have in recent years visited the National Gallery, the Portrait Gallery and the National Museum among many other local icons.

For instance the old Parliament house now houses the Museum of Australian Democracy, where they hold an annual exhibition “Behind the Lines: The Year’s Best Political Cartoons”. This exhibition run by the Museum brings together a selection of the best works of the last year, without fear or favour to any Party. If you have even a slight interest in politics, this is a hoot. Of course the ‘new” Parliament House is also impressive, but “those” people are there (well some of the year anyway).

If matters military are your interest, the Australian War Memorial is an extraordinary collection, tracking Australia’s military involvement back (so far) to the Boer War. After visiting, take a long stroll up and down Anzac Parade to the various memorials located there.

National Institutions abound, but tucked away there are other gems.

Want nature?  You have it in spades in Tidbinbilla Nature Reserve along with Namadgi National Park and not to forget the Jerrabomberra Wetlands, right in the city.

If you are a “markets” person, Kingston Markets over weekends or the Capital Regions Farmers Market at EPIC in Lyneham can be fun, along with the Hall Markets, a short drive down the road towards Melbourne.

For walkers and cyclists, Lake Burley Griffin, Canberra’s man-made lake named after one of Canberra’s original designers Walter, is the perfect spot.  Walters partner in this endeavour was his wife, Marion Mahony Griffin.Whilst a trip around the Lake gives a great perspective of the City, the view from Mount Ainslie Lookout provides a clear expression of what the design was about.

The National Arboretum located at the western end of the lake (you’ll need to drive or cycle there), is a growing work in progress. More fascinating than you ever thought trees could be, with a couple of impressive pieces of architecture and some great sculptures thrown in!

Questacon science museum (The National Science and Technology Centre), the Australian Institute of Sport, and the list goes on … check out the Visit Canberra site. If that can’t keep you and the family busy for a few days I’ll be amazed. But there’s so much more.

Food and wine are quintessential to your enjoyment of Canberra

It’s not hard to find good food and wine in Canberra and you can start your discovery with almost any of the cultural institutions plus the Arboretum. Many of these spots have lovely cafes overlooking some of the best of Canberra’s scenery.

Canberra’s wineries are a joy; like most wine regions, full of characters and adventures in a glass. Don’t hesitate, large and small these cool climate wineries are bound to provide something out of the box, or more appropriately, the bottle. You will find wineries to the North, West and East of the City.

Eating out in Canberra is sheer delight, with a variety of fare and pricing to suit any occasion and budget. IMHO Canberra stands as Australia’s most underrated foodie destinations, perhaps because some of the best restaurants are hidden away in suburban shopping centres. But you don’t need to travel far and wide to seek out the hidden treasures; a huge choice of easily accessible eating options can be found in locations such as Braddon and Kingston (including the foreshore).

For the latest on Canberra’s dining out scene, take a look at New Places to Eat in Canberra. Or check out some dining institutions in Canberra Restaurants Standing the Test of Time

I grew up in Canberra but have not lived there for many years. I still find it’s attractions and ambiance continues to draw me in. It was unsurprising to me when I read that “Lonely Planet lists Canberra as one of the world’s three hottest destinations” .

So, I guess I’m suggesting you might like to give Canberra a visit (or another one if you’ve been some time in the past.  Let yourself loose for a few days at least (please don’t tell me you went once for 2 nights and it was boring) the reward will be worth it, and I reckon you will go back, again. P.S. Take your camera!

Have you spent time as a tourist in Canberra? What did you find most enjoyable and what would you return for?