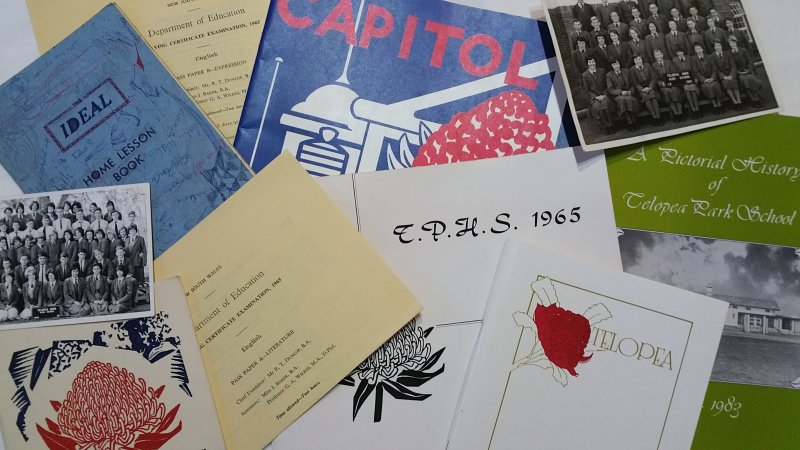 One morning earlier this year I woke up and realised it was the 50th anniversary for my Telopea Park High School class of ’65 (Canberra, Australia). So, I posted on a relevant community Facebook page to see if I had been forgotten, left out … or rejected!

Surely someone was organising a get-together?

A single response on the Facebook page, from my classmate Ian, was somewhat encouraging; “I haven’t heard anything, but I have the last reunion list from 1995”.

No reunion was planned.

Great, so I contacted Ian and he sent me the hard copy of his photocopied list from 1995; no mobile phone numbers and no email addresses! Is the picture becoming clear? I discovered that the world had really changed in twenty years. Yes, I had already noticed, but this brought the changes into sharp focus.

Lots of technical tribulations and several months later, we have about 60 (and growing, almost daily) of our number on board for the reunion function. Whilst I’m not a big fan of Facebook, it has served us well in forming an “international” admin cell and working from there to contact our class mates – all the way back through three primary schools – many of whom are a long way from Canberra, where we went to school.

But this isn’t just about the school reunion; it’s about contact with past associates, lost friends, memories, comfort and values. Oops, nearly got nostalgic there.

I’m a white Australian male who grew up in a privileged community of generally middle income and in retrospect I realise, with an abundance of life’s true wealth.

Our public school exposed me to students from all over the world, partly because of the nearby foreign embassy population in Canberra and also because we had a lot of students from immigrant families. The migrant backgrounds and family stories I didn’t really pay that much attention to at the time! To me, the cultural diversity of our student body was quite natural; that meant, as one startling example, I had never witnessed overt, in-your-face racism until many years later.

We were safe, mostly happy, we had food and a healthy, clean environment; what a stark contrast to where some of my school friends families had come from and certainly many of the multicultural family backgrounds in Australia today.

My fellow students have now spread to the four winds, across Australia and the globe. The obvious pleasure of ex-students recognising names and faces on Facebook from a long way back, all the way as far back as Primary School in 1957, is wonderful.

Some I had forgotten, by face or name or both, but it’s become a serious pleasure to have the contact with so many classmates again. I never really liked school much and didn’t carry close friendships from school very far past leaving; we all went our separate ways and now, so many years later, I am enjoying renewed acquaintances and revived friendships.

I do see, however, that there are groups of people who have kept their friendships intact since schooldays. These people in particular, have offered chains of contacts from all over, contributing to our 2016 reunion list. Fantastic to watch it grow! This is networking (social or otherwise) at it’s very best.

I appreciate that some people avoid reunions and revisiting their past (there are bits I could also do without). There are many reasons for this I’m sure, some simply dismissive, some potentially painful. However, I am looking forward to catching up with such a diverse group of people, all whom have shared common experiences during our formative years.

Do you look for reasons to catch up with past friends and acquaintances? Been to a school or other reunion recently? Are you a “reunion” person?