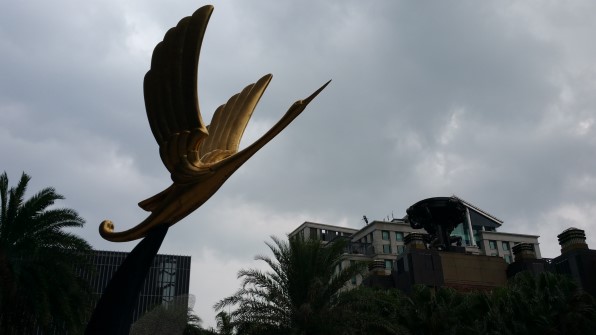 Moving away from friends

Moving home can be an exciting time but it isn’t always, and there are times when moving away can be a very sad affair. We look at a number of types of moves and the impact of moving away from friends.

I recall sort of my move from Bayswater in Melbourne to Canberra in the Fifties, but most of it was a blur. I was not involved in packing or any of the logistics: Dad was taking a new job in Canberra and had been there some months. Mum, my older brother Kaven and I were joining him; no debate, no real discussion, friends left behind, new school to go to, that was it. It was what it was. I remember returning once and visiting my friend down the road, that was all, no letters, no real pain. Then I was only 7, headed into 3rd year in Primary school.

And of course sometimes it is our friends who move away from us. Both schools I attended in Canberra had transient student populations; amongst Public Service, military, diplomatic/consular staff, there was a solid resident core, but plenty of movement, and even more so in my high school. Or, was that just that I noticed it more by my teenage years?

In primary school, I had a very good friend who was English, his father was a “computer’ person with the Department of Defence. If I was ever made aware that his Dad was on a term posting, I was certainly unaware of any impending termination of our relationship.

In 1960 the UK was a long way from home and out of my future contemplation. Even now, recalling our relationship, I see some profound impacts. We were both obsessed with the WW2 war in the air, RAF Spitties, Hurricanes, Lancs and the dreaded ME109’s and Stukas of the Luftwaffe. I’m still keen on such things, my interest engendered by this English boy from my childhood. When Gerald left, I was minus my wing man; it all seemed so sudden and whilst we wrote to each other for a while, it faded out … and Gerald was gone from my life. I moved on.

My high school brought a range of students from all over Australia and the world, some as permanent residents, many as postings, and some as “between posting” Foreign Affairs and Trade personnel.

Comings and goings were “just what happens” and mostly didn’t particularly affect me much or at all; that’s what people did. That was until an event in 5th year when the very popular, sporty good looking son of a US Diplomat was elected as our School Captain. Elected by the students and approved by staff, a good result. What I most remembered of this was the different times and ways people showed their emotions when his departure was announced and leading up to the airport farewells. Some were really saddened at first then accepted the impending departure and got on with life, others were in tears as they came into the airport lounge, some as David disappeared onto the aircraft and some in torrents of tears as the plane took off. Others quietly reminisced, teary eyed in the days to come.

It caused me to think, even back then, what triggers the feeling that you get when someone is leaving, when is that triggered and what may have changed about that over the years? Or indeed what might make one feel sad about moving home? There are some thoughts on this subject from Psychology Today.

Although I had several house moves over the next 40 years or so, I remained in Canberra, with one notable exception during that period, before I left permanently.

Over those years I have experienced many “leavings”. People who have had a place in my life, a place in your heart; people who you may see and intend seeing after the move, and some that you are unlikely to see again for at least a long time, certainly not frequently, and some who you don’t figure you will see ever again.

Over the years many things have changed, times and technology have changed. It is now possible to take a commercial flight from Australia direct to London in less than a day. Communications via email or a myriad of messaging services including “face-to-face” are possible and frequent. Although we humans have not yet invented anything close to a real “virtual” hug, the warmth of an embrace or just the feeling of a presence in a room. So many of us are dealing with the deprivation of that actual closeness, separated as so many are by Covid-imposed restrictions. For many, we are feeling as though we may as well have “left town”.

As most of us have experienced, there is a great joy in  catching up with someone we haven’t seen for quite some time, someone who we just haven’t seen for a while and even more so, someone a long way away on the other side of the world who we are meeting up with but very unlikely to see on a frequent basis.

For most of the time, the parting is known, it’s planned, it comes as no surprise, you’ll meet again. It may sadden a little, but it’s no biggie.Of recent times we have faced a more unusual situation where people we call friends are moving. Not like so many to just another location nearby, not interstate, but to another country. The move is not of their choosing as they cannot stay in Australia. For obvious reasons the whys and wherefores of their move are not for discussion here.

There are so many things about this that are saddening to us (and undoubtedly even more to them). The timing in August 2020 is not a good time to have to travel. They are around our age and need  to relocate, with all the trials that involves physically, including the selection of a new home in the northern hemisphere, where, of course it’s headed into winter. We understand there are at least some family upsides.

An association with the gentleman of this couple has proven to provide great company, good humour, wisdom, and a warmth that not everyone has. His wife is very much the same. These people will be a loss to our neighbourhood and Australia.

No number of emails or visual communications are going to replace their actual presence. Maybe we will see them in the future. But we, and they, still deal with the day-to-day before they actually depart. I’m sure there is no desire to discuss the “thrill’ of the impending move as I see very little joy in their heading off on a new adventure; more of an up-rooting really. The words “I’ve just sold the house I never wanted to sell” ring in my ears. I have a great empathy for leaving somewhere they don’t really want to leave.

In 1980, I left Canberra to move to Melbourne with the intention of staying there. My goods were shipped, car packed and I was headed for what was a dream job. I left my son behind me in Canberra, with his Mother, my ex wife.

I drove from Canberra to Yass hardly able to see the road for tears the day I drove out.

This was my leaving, which I sought, I organised and arranged. I was in part heartbroken and fearful for the future for my son and myself, but I looked forward to my new opportunity.

It was however my choice.

The folks I spoke about above do not have that choice.

We wish them well in their new life.

If you are making a move away you might find our moving house checklist helpful.

Do you find it easier to maintain contact in these days where technology is readily available?

Has COVID-19 impacted your connection with friends?